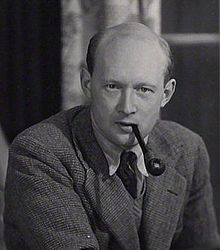 After listening to Bruce Lipton talk about Epigenetics (2005 onwards) I looked back at my own study of Experimental Psychology and Neuroscience at University of Sussex in 1983 to find that my revelation on Epigenetics occured after reading R.D Laing’s The Divided Self, The Gospel of John, Huxley’s ‘Perennial Philosophy’ and Piaget’s Adaptation and Intelligence (1971) presenting the phenomena of assimilation and accomodation as the observable processes of ‘Adaptation’ to which Epigenetics is the study of. It is notable that C.H.Waddington’s name and work was influential in Piaget’s Biology and Knowledge (1969) and its assimilation of biological epigentics into his cognitive psychology.

Waddington coined ‘Epigenetics and as such was its founder, formulating his theories around the 1950’s or perhaps even earlier. I also consider Maurice Merleau Ponty’s philosophy in ‘Phenomenology of Perception’ (1945) to infer the same ideas. Waddington as an embryologist who was also an artist, painter and of a holistic viewpoint ( ditto!) viewed Epigenetics in purely biological terms wheras Piaget related the underlying biological processes to the psychological, or developmental psychology in particular. In my view I understand Epigenetics ( gene expression and hereditary fixing) in psychological terms too, from modification of learning and behaviour to the healing aspect of belief and self knowledge that only a non-dogmatic theological faith can provide ( ie. psychological redemption through unconditional consciousness (love and forgiveness). From there it is only a small step to the integration of the consciousness as a spiritual/psychological exercise and to theories put forward by Meister Eckhart regarding a free mind.

On consideration then 1983 wasn’t that far removed from the early pioneers, though the dogmatic and intransigent scientific beliefs of those times led me to leave the study behind and work in computer science instead, not coming back to the subject until 2015.