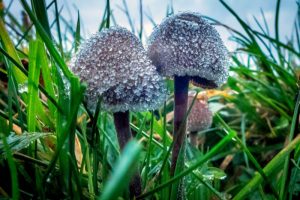 A UK-based mental health start-up has reportedly taken a step closer to getting its psilocybin medicine licensed for the treatment of depression.

According to the Financial Times, psychiatrists at King’s College London found no serious negative effects during the first controlled clinical study of psilocybin, the main psychoactive ingredient in magic mushrooms.The psilocybin was produced synthetically, rather than being extracted from magic mushrooms, by London-based company Compass Pathways.The development comes as interest grows on both sides of the Atlantic around the use of psychedelic drugs to treat psychological conditions.

Goodness me how long it takes for established Science to move forward when it is continually constrained by politics, BS, and corporate agendas! We’ve known about the therapeutic effects of psilocybin and LSD since the 60’s, (actually shamans have known about Psilocybin and hallucinogenic therapy since the beginning of time).

Way back in 1984 in the Experimental Psychology Lab at the University of Sussex ( under Stuart Sutherland) I was running experiments on LSD microdosing: at the time to study perception and cognition, specifically how learning, memory and behaviour are affected by childhood trauma, and how LSD is the key to unlocking aspects of consciousness that can effectively heal psychological damage. Stanislav Grof wrote “LSD Psychtherapy in 1980” so pipped me to the post by a few years, but I can corroborate his research and scientific arguments. Only now almost 30 years later we might be getting somewhere….

Watch Graham Hancock’s video on the suppression of Consciousness