I started looking at AppleScript in 1998. I think it was on OS7 back then. It looked very useful but slow, being such a high level descriptive language that wanted to be able to do just about everything. I was working for Freedman International and thinking about writing a series of scripts to handle document (character set) conversion from PC windows character set(for in-country European writers) to the Mac Character set (for our in-house London publishing) and doing it for all European languages.

The process was already achievable by running a text conversion program that allowed you to select the ‘from’ language and the ‘to’ language, as well as select the ‘from’ and ‘to’ character sets. I located a program that would do this and then I set about testing,modifying, updating and adding to the language conversion tables that were available. I created conversion tables for every European language and in doing so provided Freedman with a method of publishing multilingual content in all its varieties extremely quickly from the original Multilingual PC text via the Mac (QuarkXPress) platform.

In 2008 I came back to AppleScript as I watched an Artworking Studio at Superdrug Stores manually construct artwork for Point of Sale price tickets time and time again, every week, no less. As long as the product name, sku, price and offer type were on an excel spreadheet and readable, I could write a program to extract all the data, throw it into Textwrangler, add a checking process on the data, then pass the data to inDesign, which would construct the pages automatically, them pass the output to the Finder and Acrobat to store all the files and create PDFs of batches of all tickets. It also took the barcode numbers and automatically added the barcodes to the tickets.

This solution saved two people about three days work per week. The application took about an hour to run and produce all the output completely unattended/unsupervised ( it was about 1000 to 2000 tickets at a time). I have to say I was surprised and overjoyed when the whole program ran beautifully.
The Workflow solution took three months to write, though the first month was more explorative and a steep learning curve

The technology and software was rolled out to two other studios, one handling Co-Op Pharmacy Point Of Sale , one handling First Quench Retail Point of Sale.

In terms of personal and professional achievement, this work remains my biggest challenge and commercial success to-date. 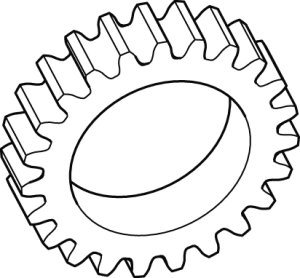 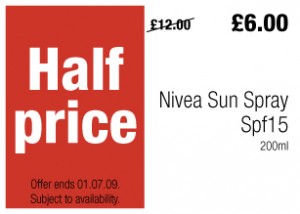 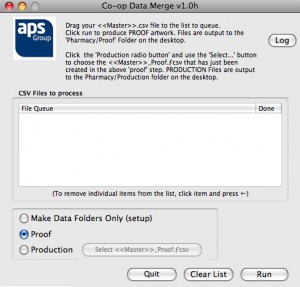 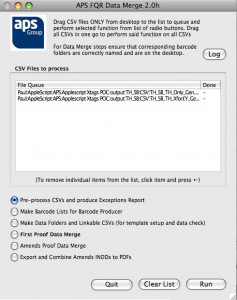