Many years ago at University I read a book by Aldous Huxley called “The Perenniel Philosophy”. What struck me most in that book were the quotations of a 13th Century Christian mystic by the name of Meister Eckhart. His words seem to resonate with me.

Almost 30 years later (…looking for inspiration) I picked up a book in WHSmith’s in Leatherhead, Surrey, called The Power of Now by Eckhart Tolle. What caught my eye was the name ‘Eckhart’ and not the funky title. Anyway, it transpires that Eckhart Tolle is a nom de plume of a modern spiritual/christian/zen teacher who took his new name, after his re-awakening experience, from the old Meister himself. It seemed that the book needed to be read, and re-read and then acted upon. I then read Marcus Aurelius’s Meditations followed by anything I could find by Seneca and Epictetus, and finally Meister Eckharts ‘Selected Writings’. After a series of realisations and still not content, sure that I was still missing the elusive piece in the jigsaw, I chanced on a book called A Course in Miracles. A few events brought me to this book. Echkart Tolle endorsed A Course in Miracles in his works (as I believe it was instrumental in his personal journey), and also and more importantly a miracle had recently happened to me (but that’s another story!). The title of the book therefore jumped out at me. I had no idea what the book was about, but felt compelled to read it.

I began reading A Course in Miracles on the first day of Lent 2016 and finished the text (622 pages) on Easter Sunday 2016. It isn’t an easy or a quick read. I kept wanting to throw the book at the wall as it went against everything my ego stood for.
The moment I finished I started reading it over again.. and suddenly Everything made sense. The Ego is the ‘separation’ (Fall) that the Bible talks of.. whether in reality or in allegory. My search for spiritual teaching was over.

Thank you to everyone that made this happen. Better late than never! 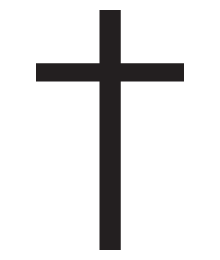