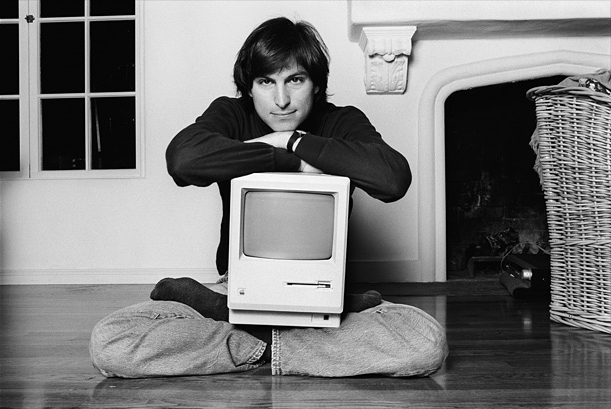 I recently picked up Walter Isaacson’s book on Steve Jobs. After reading it, I can sleep better at night knowing that if you believe in yourself and your ideas enough you can change the world for the better. It’s vital to believe in you, your product, your service, your philosophy. And it’s important to get the right philosophy. The things we create are extensions of ourselves. Why create crap and second rate stuff just to turn a buck?

Throughout the book there is a philosophical split between Jobs and his ‘integrated’ Zen like (Intuitive style) approach to products versus Bill Gates and Microsoft’s ‘fragmented’ (Rational and business style) approach. 30 years later, the same issues arise with the iPhone and Google’s Android. Google replace Microsoft as the followers of a fragmenter/fragmented philosophy and as Steve Jobs rightly says, because of this, and a lack of focus, Google products are ‘shit’ (His word’s not mine!)

Also its interesting to note that when Apple were about to go bust they were saved by Gates investment and Microsoft Office for the Mac!

With the development of all the internet connected devices, pcs, tablets and phones, cloud computing began to come to the fore and INTEGRATION became the new MANTRA for everyone, not just the Steve Jobs of this world. As Microsoft rightly said.. ‘they were smoked’.

Apple have showed that integration and a holistic intuitive approach to business, products and services will always win out over fragmentation and a divisive rationalistic approach.

Here are some of Steve’s quotes:

“I came of Age at a magical time. Our consciousness was raised by Zen, and also by LSD. Taking LSD was a profound experience, one of the most important things in my Life. LSD shows you there is another side to the coin. It reinforced my sense of what was important, creating great things instead of making money, putting things back into the stream of history and of human consciousness as much as I could

If you just sit and observe, you will see how restless your mind is. If you try to calm it, it only makes it worse, but over time it does calm, and when it does, there’s room to hear more subtle things – that’s when your intuition starts to blossom and you start to see things more clearly and be in the present more. Your mind just slows down, and you see a tremendous expanse in the moment. You see so much more than you could see before. It’s a discipline.You have to practice it. Zen has been a deep influence in my life ever since.

If you’re willing to travel around the world to meet a teacher, one will appear next door