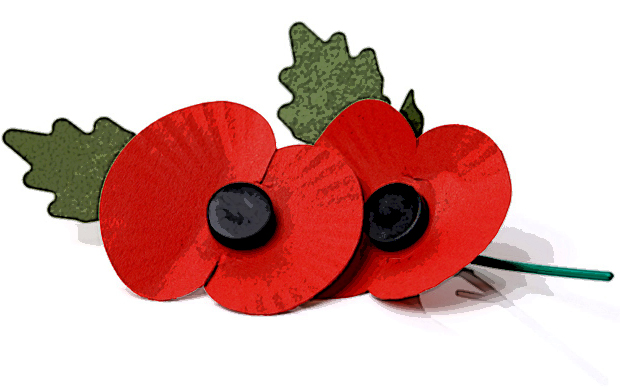 Today I was fortunate to be invited to three very different remembrance services.

Wreaths were laid by the British, Lithuanians, French, Dutch, Latvians, Norwegians, Japanese, Russians, Indians and many more nations besides. Aside from the brass band from the Royal Yorkshire Regiment playing a perfect and rousing “Abide with me”, the standout moment was from the German Ambassador who recited the following poem:

The Trench
by Kurt Tucholsky. Translated by Karl.F. Ross

Mother, why have you brought up your fellow,
taught and tended him for twenty tears,
waited anxiously to hear his “hello”
whispered little stories in his ears?
‘Til they hauled him from his bed and bench
to the trench, good woman, to the trench.

Sonny, do you still remember Daddy?
How he used to take you on his arm,
how he gave a penny to his laddie
and he chased you around the farm?
‘Til they sent him out to fight the French
in the trench, young fellow, in the trench.

France’s comrades over there were lying
side by side with England’s working men.
Old and young ones, even boys , fell dying
where the bullets hit them, there and then.
As their lifeblood ebbed, the soil to drench
they were buried in that common trench.

Don’t be proud of chevrons and citations!
Don’t be proud of medals and awards!
You stood guard for greedy corporations,
pseudo-statesmen and feudal lords.
Yours was just the squalor and the stench
of the tomb, companions, and the trench.

Dump those flags! A dance of death they’re casting
to the music of the army band.
When you’re gone – a wreath of everlasting,
that’s the thankyou from the Fatherland.
Think what agony you cause to others:
Over there stand fathers, sons, and mothers,
struggling hard, like you, for meagre living –
won’t you turn to them without misgiving?
Stretch your hand out, let your fist unclench,
‘cross the trench, my friends, across the trench.

The second service was for HOLODOMOR at the Genocide Victims Memorial on Gedimino Prospect, Vilnius

Ukrainians, and their (soon to be Greek Orthodox) clergy, Lithuanians and one cold Englishman with a poppy gathered in the cold open air with candles and wheatsheafs to remember the victims of the Holodomor. Nobody really knows how many Ukrainian people died in 1933 when Stalin, the occupier, removed all the grain by force and let them starve. Modern consensus is that over 7 million people died.

Hardly anyone knows about this holocaust, which on proportion was far, far bigger than the one you are reminded of nearly every day – the Jewish Holocaust. Exactly why Holodomor goes almost unknown and unrecognised whereas the other much smaller event is on constant replay in every corner of the world should say something to you about ‘motive’ and ‘gain’, particularly when one of these events led to the formation of the Jewish State, backed by the Rothschild’s Trillion dollar global banking dynasty, and went on to destabilise the Middle East for the next 70 years and counting… I’m always amazed at how history is ‘written’ by the winners in order to justify their moral right and authenticity over some such situation.

The stand out moment today though was three young priests singing a prayer in harmony from memory. It sounded like a gregorian chant and was sublime. After speeches in Ukrainian that became very long due to their translation into Lithuanian I was none the wiser, though I didn’t need detail to guess what a disaster this was and how the Ukrainians still suffer as the world ignores this event and their plight at the hands of Russian interference.

in the newly restored Lukiškio Square, next to the Foreign Ministry, the Poles celebrated 100 years of Poland as a Sovereign nation, and the Lithuanians celebrated 100 years since the founding of their Republic. There was a military guard of honour, a bunch of Ambassadors and dignitaries, a few hundred onlookers, TV crews, and nuns being interviewed (???). National Anthems were sung and lots of flags waved and then in half an hour it was all done and dusted and we could go home and warm up!